Disciplining a child is never easy for any parent. Many parents confess that it’s getting harder and harder to effectively discipline children, especially in this current age of fast developing technology where everything about the world, including it’s vices, is readily accessible with a few taps and swipes. Most parents understand that children shouldn’t be allowed to spend excessive time on the phone or computer, but they are either too busy or too lazy to be attentive to their children. The Smartphone has inadvertently become the substitute for parents’ attention and involvement in the demanding life of a child. I cannot help but wish for parents to make efforts to limit the usage of smartphones and computers by being available for their children.
The internet and print media is flooded with techniques and tips on how to raise children, and it can be considerably overwhelming for parents and guardians to understand which one works. There just isn’t enough time for a trial and error method of discipline in the current and fast-paced life, especially in a nucleated family. Besides, as Christian parents, one is required to raise children in accordance with Biblical principles. It is indeed a humongous task, nonetheless a task that needs to be carried out.

“Kids these days…” is a phrase I often heard not only from parents but also from teachers and other people who work with children in one way or the other. A difficult task it may be, but instilling discipline in children is a must for every parent if they expect to raise them to become adults who, one day, will be integrated into society as well–behaved and responsible adult with the ability to adapt. Not to mention God-fearing adults or adults who have the potential to eventually find their way back to the Grace and Love of God.

It is important for a parent to remember to consider that your child is a fully functioning individual whom God created in His image and likeness. So you must make it a point to treat them with respect where it is due. It is important to bear in mind that more than they are your children, they are His – whom He expected you to raise in accordance with His Word. Consider this: to be able to raise them in the way God wants, parents must be in the Word. I can imagine you frowning, but truth is truth and we have been called to live a certain way. Here are just two verses from the Bible to illustrate my point.

As a prisoner for the Lord, then, I urge you to live a life worthy of the calling you have received.

In other words, you won’t be able to discipline your children unless you yourself are disciplined. Let me rest my case in this matter with Matthew 7:3-5
[3] “Why do you look at the speck of sawdust in your brother’s eye and pay no attention to the plank in your own eye?
[4] How can you say to your brother, ‘Let me take the speck out of your eye,’ when all the time there is a plank in your own eye?
[5] You hypocrite, first take the plank out of your own eye, and then you will see clearly to remove the speck from your brother’s eye.

Having said that, when it comes to disciplining children, a common but wrong assumption that every parent has is that they should control their children. In fact, children can be controlled by sheer force only while they are young and doing that will be increasingly difficult as they become older. Now, as they grow older towards adulthood, they will choose to do their own things and make decisions of their own anyhow. It will not be always possible to keep them within the perimeter of your watchful care. Remember, it is during times like this when you are not physically near them that they will make decisions based on the values taught and practiced at home while they were growing up: Values that conform with The Word of God. The job of parents is not to control children but to bring them up in love and train them by being an example as stated in Proverbs 22:6 – Train up a child in the way he should go and when he is old he will not depart from it.
As parents, God has not only blessed you with His heritage, but has also given you along with the blessing, the responsibility of being in charge of your children’s discipline. So ask God to help you because you’ll definitely need His help if you intend to bring them up to grow in His love and Grace.
DEUTERONOMY 6:5-9 states,
[5]Love the LORD your God with all your heart and with all your soul and with all your strength.
[6] These commandments that I give you today are to be on your hearts.
[7] Impress them on your children. Talk about them when you sit at home and when you walk along the road, when you lie down and when you get up.
[8] Tie them as symbols on your hands and bind
them on your foreheads.
[9] Write them on the doorframes of your houses and on your gates.

It is, therefore undeniably clear how hard God wanted you to work in instilling His love and grace in your children so that they can be obedient to His will, assuming you are also obedient as a child of God.

Points to remember in discharging discipline to children:

1. Discipline without good relationship is the same as driving your children to rebellion.

2. When children have discipline problem, the bad behaviour is the one that needs to be confronted, not the person.

3. Never discipline children in front of friends as humiliation and shame will wound a child’s spirit deeply and will speak negatively of his or her parents in order to boost a damaged ego. Not to mention the lifelong resentment that will develop, especially if it is frequent.

4. Never use loud threats or abusive language They seldom work and only reveal immaturity and uncontrolled irritation of the parents. Inappropriate terms such as ‘stupid’, ‘fool’ leaves a permanent mark on the child’s personality, not to mention the low self esteem they developed which could possibly turn into a lifelong struggle.

5. Most Importantly, Do not withdraw love and affection as a form of discipline. This gives them the idea that parents love is conditional which is the same as telling them that they are loved only when they are good. No parents should motivate a child towards good behaviour through fear of losing a parent’s love.

1. ENFORCE RULES WITH 100 PERCENT CONSISTENCY:
Rule enforced one day and not another will result in confusion and uncertainty in the mind of the child and jeopardize the disciplinary system. A child receives one warning and if disobedience continues, then discipline is immediately affected. And how does one make it effective? By making the consequence predictable. Children must know that when they choose a certain behaviour, they also choose the consequences, not some time but all of the time. Parents who fail to be consistent lose their power quickly.

2. APPLY CORRECTION AS QUICKLY AS POSSIBLE AFTER THE OFFENCE :
If too much time is allowed to elapse between an offence and discipline, some serious problem can manifest themselves:
First the child will in his mind seek to justify their behaviour and by the time discipline takes course they come to believe that they are free of blame.
Secondly, the child can use their selective memory and regard the discipline as a retribution rather than remedial.
Thirdly, the child may live in a state of nervous fear and apprehension. Dealing with issues as quickly as possible after a violation is essential for a child’s emotional health.

3.CAREFULLY SELECT AND APPLY THE RIGHT METHOD OF DISCIPLINE :
Traditionally,there have been three main approaches to discipline
a)Spanking has now become unpopular. But the Bible advocates spanking.
Proverbs 13:24 said, “Whoever does not discipline his son hates him, but whoever loves him is diligent to correct him.”
Therefore, the issue is not in spanking but in how it is applied. Physical punishment (or verbal abuse) by an angry uncontrolled parent/teacher will leave lasting emotional wounds and cultivate bitterness in the child.
Parents/teachers or anyone who is in charge of a child’s wellbeing took it for granted that they have the right to spank children and will often abuse that ‘Right’. That is why spanking or corporal punishment has been criticized as a form of child discipline.
Eg: A frustrated person will physically abuse children by using them as an outlet for other frustrations in other areas of their personal life.
b) Withdrawal of privilege involves the removal of something the child enjoys until correct behaviour is restored.
Eg: Cutting down tv time, computer time, phone time, play time, confiscating a favourite toy etc.
c) Increased responsibility involves giving a child extra responsibilities from already existing ones. But parents must be careful that it is within the child’s capacity.
One important piece of advice in this regard is that, if you promise them something in return for a certain behaviour or achievement, keep it. Period. This is also a good way of teaching integrity to your child.

4. ENSURE THAT A CHILD UNDERSTANDS WHY THEY ARE BEING PUNISHED:
Make sure you are punishing a child for correct reasons. Do not jump to conclusions. Be ready to ask for forgiveness for mistakes which is a way of showing your child that it’s ok to make mistakes and ask for forgiveness when you wrong someone. Accusing children without making sure and further punishing them scarred them for life and they end up being resentful and angry in their personality.

5. PRESENT A UNITED FRONT WHEN ADMINISTERING DISCIPLINE:
It is impossible to stress enough the importance of a father and mother to present a unified front in relation to child discipline. It is a fact that children are smart and they can outsmart parents. They know how to divide and conquer. Being united in this will bring you closer to each other as partners because this requires trusting each other and sticking with the administered discipline to the end. They may fight the change with everything and it may get ugly but it must not be confused with unhealthy. You are the ones in charge so stand united. This often necessitated a change in the child’s approach.

Lastly, when you have done everything to the best of your capabilities in instilling Biblical values and principles in the upbringing of your children and in your children. Trust God. I know it is hard but He knows them better than you do and He is in control as He clearly indicated in Jeremiah 29:11
“For I know the plans I have for you, “declares the Lord, “plans to prosper you and not to
harm you, plans to give you hope and a future.”

And I repeat, Trust God. Nothing is too hard for HIM.

NOTE: This write up is chiefly composed of a select section from Selwyn Hughes’ Book ‘Marriage as God intended’. It also contains bits of insights from my own early experience as a counselor.

She is one of our co-founder and our in-house counsellor. She does freelance counselling in church and community. She is also involved as a counsellor at Bombay YMCA Counselling Centre, CBD Belapur, Navi Mumbai.

BE YOU AND BE HEALED 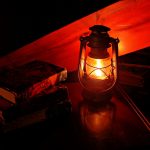 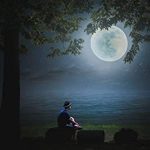 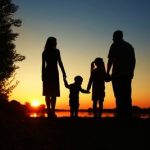 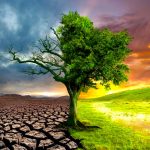 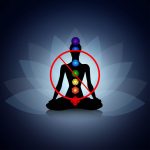